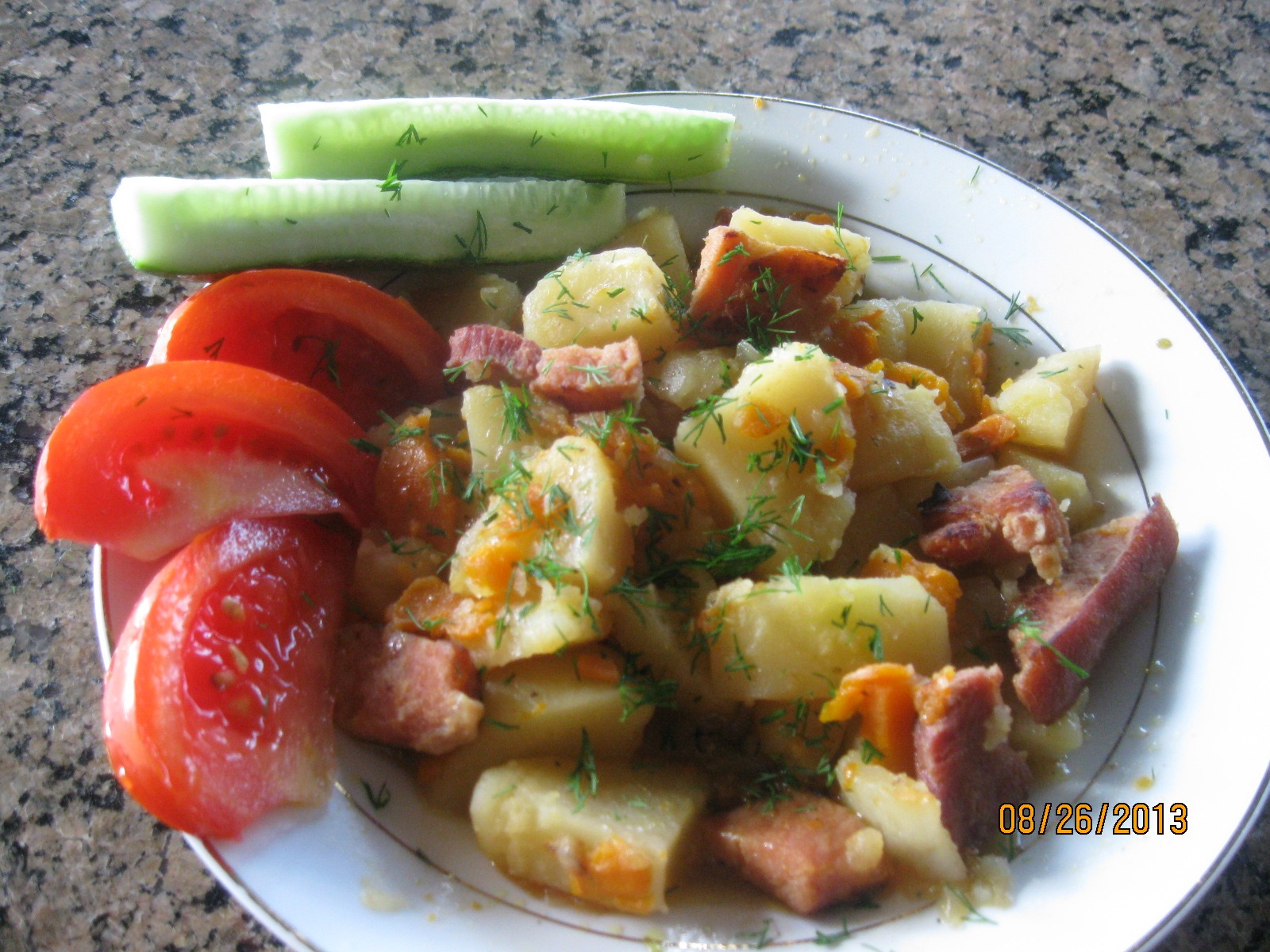 This potato with ham and vegetables may become one of your favorit comfort food.

Lightly smoked pork or poultry can be used instead, which will bring that delicious flavor to this recipe. Cut  ham and potato into a bite size pieces, dice the onion and slice the carrot. In separate skillet with 2 tb spoon of butter saute onion and carrot for 5 minutes,  grind ginger and garlic over the vegetables and cook another 1 minutes, or until garlic releases the fragrance. Transfer all vegetables and ham into the saucepan. Pour in hot beef broth or water, just to cover the potato.
Season with salt, peper, bay leaf, ground cloves. (Use less salt when adding broth). Bring to a boil, reduce the heat to the low and simmer for 35-40 minutes, or until the ham and potato become tender. Remove the bay leaf and discard it.
Serve potato hot with fresh vegetables. Sprinkle with minced baby dill on top.