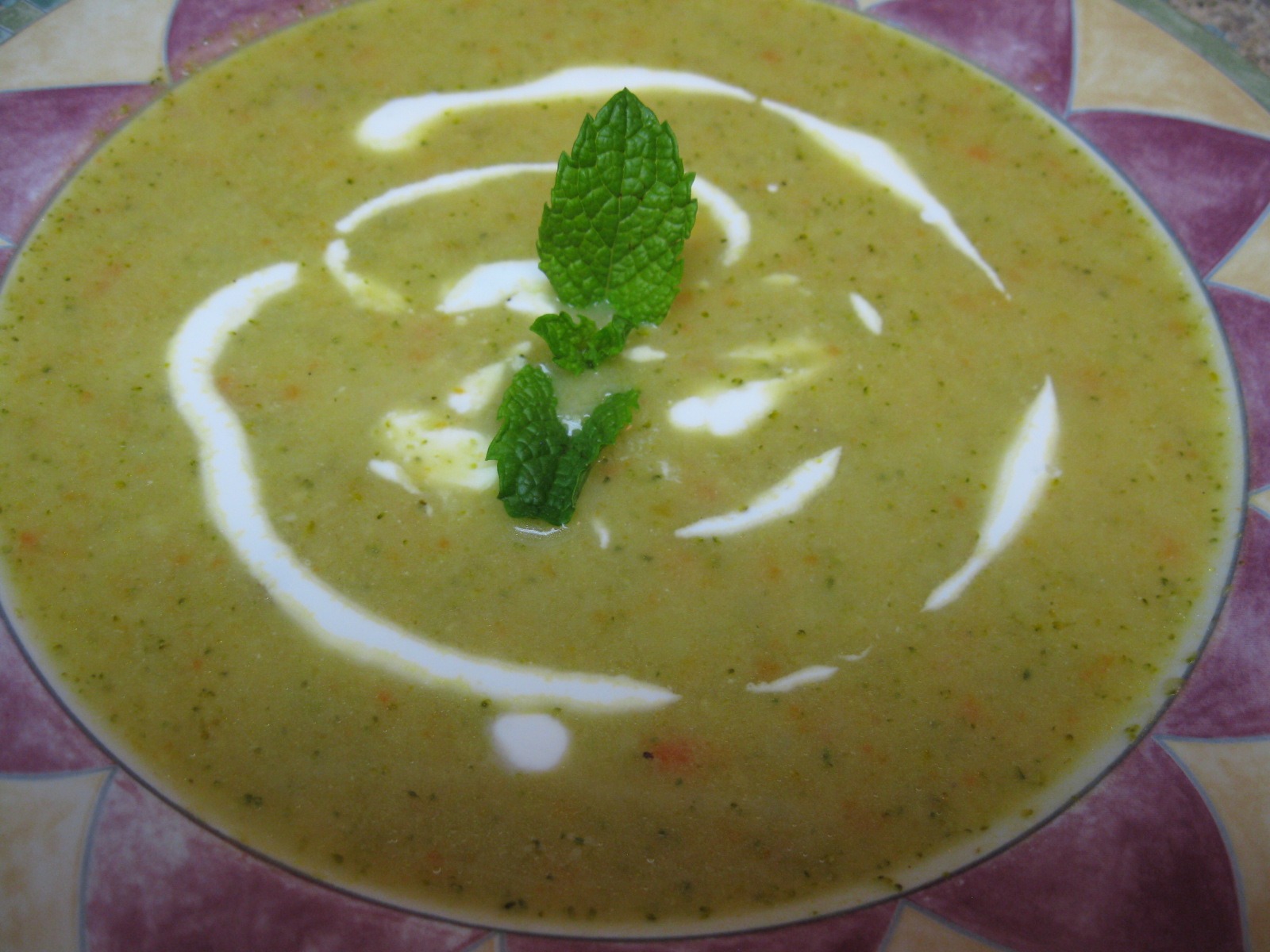 This broccoli soup is somewhat different from traditional American style, but still one of the favorite. Cook meat in water with half of onion, one carrot and salary, until meat is tender. Take the meat out of the broth and reserve it. Wash, peal and cut potatoes into a bite-size and add it to the pot. Season with salt. In the skillet heat 3 table spoons of oil over medium-high. Saute another carrot shredded and another half of onion diced until translucent. Add crashed garlic, shredded ginger and Dash seasoning at the end. Whisk in sour cream and heat until warmed trough. Add couple cup of prepared meat broth from the pot and let it simmer for 5 minutes. Transfer vegetable mixture from the skillet to the pot as well. When potato is cooked through, add broccoli, bring to a simmer and turn the heat off. Discard the bay leaf. Puree soup in the blender, bring the meat back to the soup. Serve it hot with spoon of sour cream. Shredded hard cheese can be sprinkled on top.